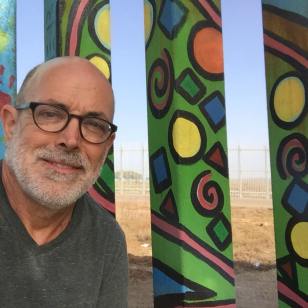 Collectively offering a unique and impressively informative eye-witness history of an American subculture that underscores the current national immigration dialogue, ‘One Hundred Years of Solitude, Struggle, and Violence Along the US/Mexico Border: An Oral History’ is an extraordinary and unreservedly recommended addition to community, college, and university library American History, Hispanic History, and Contemporary Social Issues collections, as well as the personal reading lists of immigration and DEA policy makers and non-specialist general readers with an interest in the subject. – Midwest Book Review, March 2018.

North or South? American or Mexican? English or Spanish? Walls above or tunnels below? Friend or foe? Peace or war? These are just a few of the border tensions for which answers are more often ‘both’ than ‘either/or’. Solitude, Struggle and Violence is a volume at once deeply personal and experiential, as well as scholarly and meticulously researched. Returning to his hometown in Arizona’s Cochise County, John Thomas sheds light on restive borderlands that reverberate well beyond the Río Grande. Saddle up then; get dusty and feel the heat: read on. You are in for a great ride, and can’t do better than using this native son’s book as your guide. – Andrés Martin, Riva Ariella Ritvo Professor, Yale School of Medicine

Ahead of us the twin blacktop lanes of Route 80 slash across the high desert of the San Pedro River Basin before winding up the west side of the craggy Mule Mountains. This is ranching land in Cochise County, the scrap of Arizona that abuts Mexico on the south and New Mexico on the east.  Named for the famed Apache leader, this is home to Tombstone, the Boot Hill Cemetery, the Gunfight at the O.K. Corral, and, well, the entire Wild West legend. In a process initiated in 1853 with Ambassador James Gadsden’s signature on what would come to be called the Gadsden Purchase, the surrounding territory became part of the United States when President Franklin Pierce signed the treaty the following year. The territory’s honeymoon with the United States wasn’t peaceful. Settler and Apache conflict always smoldered and often blazed, boomtowns like Tombstone attracted risk takers and law breakers, and cattle rustling was the reigning leisure pursuit.

Cochise County was the epicenter of this tempestuous time period and our road traverses a land littered with Native American burial grounds, the corpses of those who discovered that they were not the fastest gun in the west, and the sad remnants of failed homesteads. But, we also pass success stories of American expansion – lovely ranch houses surrounded by huge cottonwood trees, cattle grazing peacefully, and cowboys out on the range doing what cowboys have always done – before reaching 6,000 feet of elevation at Mule Pass and rolling down the other side into Tombstone Canyon and the mile-high mining town of Bisbee.

“El Camino del Diablo,” or “The Devil’s Highway,” passes just to the west of these lands. The 250 mile trail, originally a Native American footpath, marks the routes of Francisco Vasquez de Coronado in the 1500s for his soul sacrificing search for the City of Gold and of Father Eusebio Francisco Kino’s soul saving quest in the 1600s.  In recent times, though, El Camino del Diablo has worked its evil on the migrants making their way to what they hope will be a better life. It’s a desolate path littered with grave markers and the detritus of the desperate.

The Camino cuts a wider swath than the footpath of a half millennium ago and the effects of El Diablo’s labors are evident here, too. It was here that a decade ago the vigilante border patrol group, the Minuteman Project, sprang to life. And though the group formally disbanded several years ago, even more radicalized citizen groups still patrol the border and humanitarian groups have reported violent encounters with them. On the other hand, ranchers report that the migrants commit break-ins and more violent acts. Recent grave markers in this area bear witness to continuing presence of evil.

Sometimes that evil has risen out of the landscape and loomed over the populace, casting a dark shadow from the Mule Mountains of Cochise County to the Sierra Madres in Sonora.

In an attempt to illuminate the Devil’s Highway, this book’s narrative inhabits a multicultural/multilingual canvas that spans an international border and alights in prairies, bluffs, fields, homes, back allies, and alongside the border fence. In the glaring desert sun, on comfy back porches, and under the cover of darkness, we’ll sit at the feet of ranchers, miners, drug smugglers, struggling families, conceptual artists, cowboys, cooks, and anyone along the way who will share with us their stories. Using the voices of older members of the borderlands communities as a prism, we’ll endeavor to peer through the mists of time and cultural transformation to gain an understanding of a century of life and death along the US/Mexico border.

I began fashioning this tale under the gloom of a rising Donald Trump candidacy that I, and nearly everyone else, thought unlikely to succeed. But, prevail he did. Now, we face the prospect of a “big, beautiful wall” along the US/Mexico border. Or, maybe not. The deportation of twelve to thirteen million people. Or, maybe not. The exclusion of immigrants and refugees from Muslim countries. Or, maybe not. In any event, at least for a while, we’ve probably seen the last of that nation referenced in the Emma Lazarus sonnet, “The New Colossus,” inscribed on Lady Liberty’s tablet.

I aim to illuminate what once existed and to explore an evolving new terrain.

Available on Amazon.  One Hundred Years of Solitude, Struggle, and Violence along the US/Mexico Border: An Oral History.

A National Public Radio story about the book and the project.

A New Haven Register article about the book and the project.

Back to the border in February 2019 to conduct interviews of children and families seeking asylum in the US, but stuck in Mexico while the Trump administration processes only about 20 applications per day at the US border crossings.

The story, photos, and videos to come.

In what appeared to be a curious act of political theater and provocation, on September 26, 2017, the Trump administration began construction of five “physically imposing” border wall “prototypes” on a strip of federal land near San Diego and “within 120 feet (37 meters) of the border.” Each prototype was to “be about 30 feet (9 meters) long and 18 to 30 feet (5.5 to 9 meters) high” and  must be able to withstand attacks from “sledgehammer, car jack, pick axe, chisel, battery operated impact tools, battery operated cutting tools, Oxy/acetylene torch” for at least one hour, and preferably for four.

I was there, October 6-10, video camera in hand and drone in the sky, to capture interviews on both sides of the border that I’ll weave into the sequel to Solitude, Struggle, and Violence’s.

Here is a short, 360 degree video of the scene and the adjacent neighborhood in Mexico, taken from the Mexican side because the US government has installed fencing on the US side that prevents would-be observers from getting closer than 2 miles to the prototypes:

I’m humbled to report that the Albert Schweitzer Institute has awarded me a fellowship in honor of my work on this project and to support my continued work on it.

I’ve been on the road telling tales of the borderlands wherever folks might be willing to listen.

June 21-23, 2018: The World History Association’s annual meeting, Milwaukee, Wisconsin. The Association will feature One Hundred Years and me in a 45 minute talk and “meet and greet the author.”